O is for ORIGINS

I’ve written before how The Afrika Reich came about (see A is for Apocalypse Now) but what were the ORIGINS of The Madagaskar Plan? 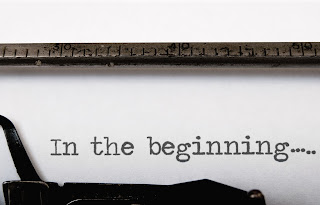 The plan itself is one of those things that seem to have been in the periphery of my knowledge forever, but I can remember the first time it focused sharply. It was in the spring of 2001 when I was doing the initial research for the first version of Afrika Reich and I was reading Michael Burleigh’s history of the Third Reich. On p.472 there is a passage about the Jews being exiled to Madagascar as an alternative to the Holocaust. The idea was fantastical, intriguing and full of dramatic potential; I knew I had to include it in the book I was working on. That was the ‘psychedelic’ version of Afrika Reich, the one that was too wacky for its own good and was ultimately rejected by all publishers. In that version there was an extensive subplot, told in flashback, about Burton the journalist (as he then was) travelling among the Jews of Madagascar trying to get a scoop. His failure to do so would lead him to the Congo and an even bigger story – i.e. Hochburg.

The finished draft of this book was huge, coming in at 240 000 words. Cuts had to be made and the Madagascar strand was a self-evident place to start, a pointed reinforced when an early reader from the publishing industry advised me that it was such a good idea it needed more space. It’s a book in its own right! she told me.

When I came back to Nazi Africa in 2007 (see Y is for...) that piece of advice stuck with me. I knew I wanted this new incarnation of The Afrika Reich to be a trilogy and Madagascar seemed the obvious setting for the middle book, with the original subplot expanded beyond all recognition into its own story. This is what would become the novel soon to be published.

As an aside, the final act of the psychedelic Afrika Reich was set in the Sahara – and is the basis for Book 3. But I’m getting ahead of myself...


In the meantime, I like the idea how a single moment on a spring day would become a significant event in my life years later. There’s something incredibly optimistic about that, something we can all draw hope from. Because what seems trivial at one point may lead to all sorts of unexpected places. Who knows, perhaps someone, somewhere is reading this blog and one day will see it as the origin of their own adventure.
Posted by Guy Saville at 13:27