B is for BUTTERSCOTCH

Much is made of the ‘Point of Divergence’ (PoD) in alternative history: the moment where real events end, and imaginary ones begin. Indeed I’ve written about the subject before (see previous blogs). Most people view the PoD of my world as the British defeat at Dunkirk. However, as previously stated I don’t view Dunkirk as the moment history takes a different path; I see it merely as the symptom of a much earlier change. The true deviation is more subtle and comes before the Nazis have taken power.

Some people have asked whether the PoD is the beach burning scene in the first book... those readers are on to something. But to get to the bifurcation you have to go back even further. In The Madagaskar Plan, the true Point of Divergence is revealed for the first time. It is Hochburg’s use of the word ‘BUTTERSCOTCH’ to describe the skin above Eleanor’s heel. I like the idea of how the course of the 20th Century might turn on a single, illicit adjective. It strikes me as a more intriguing idea than whether a battle was won or lost. 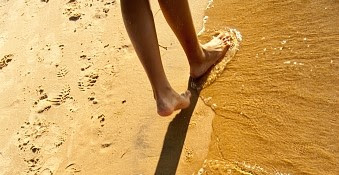 The point I’m trying to make is that history is not decided by headline events, men of destiny or the fate of armies – but in the obscure moments of our personal psychology. We make seemingly unimportant choices and these ripple through time in ways we can never imagine, informing much later decisions that can have profound effects on the world.

The misuse of the word ‘butterscotch’ leads to a multitude of other events and in the prologue of Book 3 you will see the full geopolitical implications of it (which admittedly tie back to Dunkirk). All this grows from that one misplaced word. History pivots on the trivial, the insignificant, as all our lives do. Though I should add, you don’t have to read the book in this way. If you’d prefer to keep Dunkirk as your PoD, that is your privilege as a reader!

B is also for BAYERWEED

One of the main new characters in Madagaskar is Tünscher, an old friend of Burton’s from the Foreign Legion and now an Obersturmführer in the SS. He’s meant as a trickster figure, someone neither the reader, nor Burton, knows whether to trust completely. [Spoiler alert.] To add an extra piquancy to this, and make him more unpredictable, I gave him a drug habit. Tünscher is a user of BAYERWEEDS. 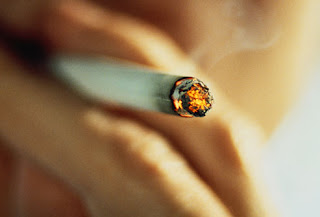 During my research I read how Germans on the Eastern Front were prescribed cigarettes laced with heroin for lung injuries, and how some soldiers started smoking them to counteract the freezing air of the Russian winter.  A trade in these cigarettes soon began and it seemed a likely thing for Tünscher to get involved with. I coined the slang term ‘Bayerweed’ from the German pharmaceutical company that first developed heroin. Its name: Bayer AG.
Posted by Guy Saville at 19:00