L is for LETTER

In the final stages of writing The Madagaskar Plan several issues became evident. The first was that I was running out of time. The book had originally been scheduled for a February 2012 publication date. This soon became 2013. Eventually I committed to summer 2015 even as I was struggling to finish it. (This meant delivering the manuscript by October 2014.) The second problem was word length. I was contracted to write a book between 110-120 000 words. It soon obvious that Madagaskar would be longer. I was asked not to exceed 150 000, the point at which production costs escalate sharply. By the summer of 2014 I had broken the 170 000 mark!

Issue number three came when my UK editor read the manuscript for the first time. He was concerned it wasn’t sufficiently stand-alone. He felt it referred back to The Afrika Reich too much and that this would deter new readers. Given the gap between Books 1 and 2, he was also concerned that readers of the original wouldn’t remember what had happened. As he said, ‘it’s fine if [readers] finish the first book and immediately start the second... but you can’t assume that will be the case.’ After pondering this advice I thought it made good commercial sense, so I removed many of the references to Afrika Reich e.g. mentions of Dolan and Ackerman.

All of which leads to the most substantial cut I made from Madagaskar.

There are two versions of The Madagaskar Plan. The one that was published, which you hopefully bought and read; and what I call the ‘trilogy edition’. 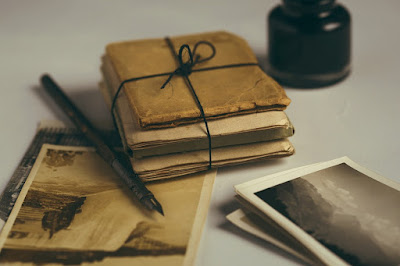 The major strand I cut was intended to link all three books of the trilogy. It begins in Chapter 6, when Burton’s aunt gives him a bundle of letters. They are from Eleanor, Burton’s mother. Although she never actually appears in the books, she is one of its most significant presences and I wanted her to have an opportunity to speak in her own voice – like Ma Bundren does in Faulkner’s As I Lay Dying. In the LETTER there is a mind-blowing revelation about Hochburg, something now completely cut from the published version of the book (though I wrote his character with it in mind). This revelation was to have resonance in Madagaskar but much more significance in Book 3, leading to yet another shock... so I’m going to have to find an ingenious way to shoe it into the third book.

In a final ironic twist, Burton never actually reads the letters. Instead their contents are read by Kepplar. This happens approximately half way through Madagaskar, which means halfway through the entire trilogy and in many ways is the scene upon which the trilogy pivots, so it was a shame to cut it. I won’t reveal the contents of the letter but here is the original, deleted passage that leads up to it. [Spoiler alert.] It comes as Kepplar is searching Burton’s room in Roscherhafen:

"In the bedside cabinet [Kepplar] discovered an American passport and a bundle of letters liver-spotted with age. He flicked through them. They were the tawdry outpourings of an unknown female, the type of nonsense his wife would have indulged in if he hadn’t forbidden her; they offered no clue as to where Cole might go next. He was about to discard them when a word caught his eye.
Walter.
He read more closely and saw it appear again, then with increasing frequency.
Kepplar returned to the top letter and worked methodically through them. He had finished a dozen pages before he came across the first reference to Walter Hochburg, son of a missionary family. He knew nothing about his former master’s past: the revelation caused his stomach to flutter, Hochburg despised the church. Yet a man was not his parents. Kepplar’s father had died of septicaemia during the Great War, he barely remembered him; his mother had called him a traitor to everything decent for joining the Party. A paragraph later there was a description of Hochburg with his ‘cascade of raven-black locks’. That made Kepplar simper; soon his lips were narrow. He read till it grew too dark, flicked on the overhead light, paced the narrow room undecided whether he could bear to know more. His skin felt dank, like he wanted to shed it.
Eventually, he sat and continued until the final letter. It was dated [month], 1930, Lomé, in what had been British Togoland. When he finished, he twisted the lobe of his missing ear until it stung. He read the letter a second time and wished there were some matches in his pocket.
Kepplar pushed back his seat, the sound scraping through him, and walked to the balcony: he needed to taste air. Floodlights cast the beach in a harsh monochrome, a few couples walked along the sand. He stood watching the breakers until far across the ocean the clouds flared for an instant. Kepplar counted the seconds that followed, the way he used to as a boy, waiting for the thunder.
Silence was his only reply."

The next chapter was to be the letter itself. Three thousand words of ‘confession’ from Eleanor. Having read it, Kepplar’s attitude towards Hochburg shifts. Later Hochburg takes possession of the letters. The reader would know what was written in them but the person they most affect – Burton – would remain ignorant of their contents.

All the sections surrounding the letter were written up to the fifth draft (of six) of the book. I had a good working version of the letter itself... but never finished it to a level I was pleased with. But by now time was against me. Add the standalone issue and the need to trim the word count and it seemed the most obvious strand to remove from the book. In a single chop, it reduced the length by 15 000 words. The only trace of the letter that remains is the epigraph to Part I.

Of course now I have two different versions of the book on different trajectories. The overall arc of the trilogy remains the same, but without Eleanor’s letter, the journey there will be different. The published version of Madagaskar is 157 000 words, the ‘trilogy edition’ 172 000. Whether it will ever see the light of day, I don’t know. Because of the licensing agreements with my publishers I can’t publish it separately, so it may have to wait like some ‘director’s cut’ to be released in the future. Or possibly the extant text will become the one everyone is so familiar with that it will no longer be necessary. We’ll have to see. And first I have to finish the trilogy and write Book 3. Which leads me on to my final blog of this A to Z...

L is also for LOST EYE 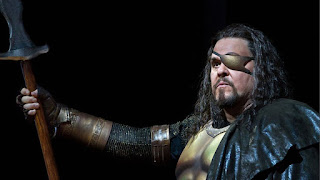 [Spoiler alert.] On the subject of Book 3, I should also say a word about Hochburg and his LOST EYE. It is a reference to Norse mythology and Wotan, leader of the Gods. Wotan sacrifices an eye to gain knowledge of the future and in doing so foresees the end of the world. Which may / may not tell you something about where Walter Hochburg is headed...
Posted by Guy Saville at 19:39