J is for JUST COULDN’T FIT IN

Apologies for another long break, but I thought I’d sneak in an entry for Christmas. Earlier in this blog I mentioned how I ended up with so much research material it was impossible to include it all. I had literally hundreds of pages of notes; I could have written a non-fiction book. So I thought I’d survey some of the things I toyed with including in The Madagaskar Plan but I JUST COULDN’T FIT IN. 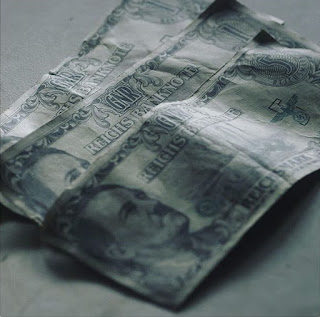 Financing of the Plan

The most fascinating aspect of the Madagascar Plan which I had to omit was its funding. One reason for this was the sheer complexity of it all, but to summarise: the SS planned to finance the Jewish deportation by seizing their assets and investing them in a new intra-European bank overseen by Göring. This bank would pay for the Jews’ transportation costs from Europe to Africa as well as investing in the basic infrastructure needed on the island to cope with such a large influx of numbers. The resettlement would therefore be self-funding with the top Nazis creaming off a levy on all transactions. After the Jews were settled, the bank would take on a new role as the economic intermediary between the island and the rest of the world. Jews would be allowed to run small farms and businesses on the island but not trade directly. Thus ‘Jewish financial contagion’, as the Nazis saw it, would never again threaten the global economy.

Zionism was an ever present difficulty to me as I worked on the book. It would be impossible to write something about the Madagascar Plan, let alone a Jewish uprising on the island, without broaching the subject. Yet every time I looked at Zionism it seemed too big, too unwieldy to fit in. Nevertheless I didn’t want to leave myself vulnerable to accusations of overlooking it or, worse, being ignorant about it. My solution was a compromise. It’s mentioned a few times – with an extended paragraph in Chapter 24 – but in my world it is not significant to the plot or characters.

This was a plan approved by Hitler in 1939 to build a huge surface fleet for the Reich, one that would eventually challenge British naval supremacy. It was intended as a decade long expansion centred on a dozen battleships, four aircraft carriers and various strategic ports around the globe, including Konakry, Walfisch Bucht and Diego Suarez in Africa. The beginning of World War 2 meant it was never properly implemented. Because of the significance of Diego to the plot of The Madagaskar Plan, Plan Z was mentioned in the early drafts of the book but later cut to make things leaner.

As staggering as this sounds, Heydrich, effectively the Number Two of the SS, had a Jewish (or at least partly Jewish) father. This is not conjecture or gossip but documented fact. It actually appeared in the early drafts of the book and was a minor subplot – but eventually I removed it as I felt it complicated the narrative unnecessarily. I may resurrect it in Book 3.

In the 1950s, the best defence against malaria was Lariam. Nazis operating in the tropics and other malarial areas (such as parts of southern Russia), routinely took it. In my research on Globocnik I discovered he had taken it and was allergic to it, causing bouts of sickness, depression, paranoia and nightmares. In the first couple of drafts. Globus was forced to take Lariam before visiting the mosquito-hive that is Antzu, leading to an adverse effect on his mental state in the final quarter of the book. In the end, I decided he was already sufficiently unhinged not to need this further complication.

Finally, and fittingly for this time of year, in Chapter 4 Hochburg drives through a Stanleystadt still decked for Christmas. I managed to squeeze in the Nazis’ plans for ‘Julfest’ but one detail I didn’t have room for was that they intended to do away with Santa Claus and replace him with Odin, ruler of the Norse gods. He would still have a flowing white beard but his robes would no longer be Coca-Cola red but swastika scarlet. Who knows what they had in mind for Rudolph... 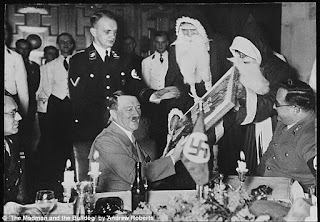 
There was one other thing that didn’t make the published edition of the book. It was by far and away the most substantial omission and deserves an entry of its own, which leads me to the final blog of this A to Z. I’ll post it in the New Year: L is for...
Posted by Guy Saville at 14:30