P is for PRORA

Madagascar wasn’t the only country I went to for research. I also visited Germany. Part of this trip included the trip to Dachau which I’ve already described. A few days later I caught the overnight train from Munich to the Baltic Sea and what was once East Germany. My destination was PRORA.

There, in the 1930s, the Nazis built the largest hotel complex in the world, capable of accommodating twenty thousand guests at a time (a record unbroken to this day). It is a truly megalithic structure, the frontage running along the seafront for almost five kilometres. Because it never had a military purpose, nor was it connected to the murderous elements of the regime, the building was not torn down after the war. In fact the authorities didn’t quite know what to do with it, so it has simply been allowed to decay. Much of the site is now in ruins, fenced off with trees growing around it. 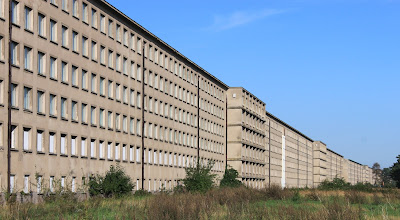 One section, however, has been preserved, and it is possible to get a sense of what it was like during its heyday. Each room was 5 by 2.5 metres with twin beds, a wardrobe, sink and beige soft furnishings. ‘A holiday cell’, is how Burton describes it in the book – and he’s not wrong.

But my lasting impression of the place wasn’t the grim rooms but the sheer scale of the exterior. A cycle path runs along the length of the building so it’s possible to ride from one end to the other. At a decent pace it took me twenty minutes, twenty minutes of the same monotonous stone-and-window frontage flashing by. And by. And by...

Prora was meant as a prototype for numerous holiday resorts that the Nazis intended to build around the world if they had won the war – from Sweden to Russia to Argentina and of course Africa which is why it finds its way into my book. 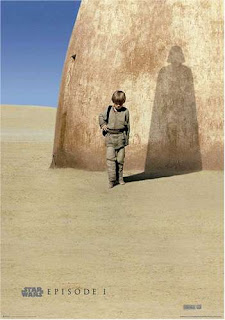 Having spent so long writing Madagaskar there were often moments of doubt, in particular I kept asking the question: is it any good? It would seem a futile activity spending so long on something if it was rubbish. I always reassured myself it worked... but in the back of my head one possibility was impossible to silence.

The Phantom Menace must surely be the most disappointing film experience for my generation. For years we waited for a continuation of the Star Wars saga, but when it finally arrived I, along with millions of others, left the cinema with a heavy heart. Yet I assume Lucas didn’t actively set out to make a bad film. To his own mind it must have worked... it’s just that what he wanted was not what his audience hoped for.

That’s what I kept having as I wrote Madagaskar – PHANTOM MENACE MOMENTS. I thought I was doing a good job... but what would others think? You end up too close to your work to know. At least there’s no Jar Jar Binks...