If there’s one image that everyone remembers from the book it must surely be Hochburg’s Schädelplatz. His square of skulls. Where did it come from?

Alas, I can’t remember. There was certainly no eureka moment when it entered my head fully formed. Nor was the idea gifted to me by a nightmare. Even looking back on early drafts of the plot doesn’t help as it was always there. This is one moment of inspiration that’s lost forever.

That said, it’s not without antecedent. There is Kurtz’s use of skulls to decorate his compound in Heart of Darkness (proof that ‘something is wanting in him’ as Conrad observes with typical understatement). Or the Sedlec Ossuary in the Czech Republic: a chapel built from bones. And I’ve always been haunted by the killing fields of Cambodia where the skulls were piled higher than a man. Doubtless all these fed my imagination. The Schädelplatz is Hochburg’s vision for Africa and skulls as a symbol is something that’s repeated throughout the book – an unintended fillip of the writing process. Beyond imagery, the Schädelplatz  also had another important function in the book, one that readers might have overlooked. I’ll come back to that in ‘F is for...’; meantime it leads me to...

S is also for SERGIO LEONE 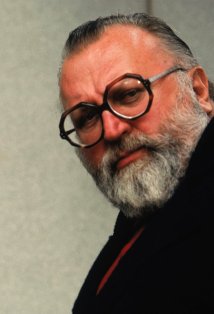 Like all novels The Afrika Reich is an amalgamation of interests and influences. However, if I was asked to identify the most important, not only to the book but all my creative thinking, it would be the Italian film director Sergio Leone.

I could go on for pages explaining the whys and wherefores, but instead I’ll let him speak for himself. Hopefully the following quote will explain a lot. It may also go some way in illuminating the previous entry’s preoccupation with intent!

‘I love the authentic when it is filtered through imagination, myth, mystery and poetry. But it is essential the details seem right. Never invented. I think a fairy-tale captures the imagination when the story is a fairy-tale but the setting is realistic. This fusion of reality and fantasy [my italics] take us into myth, into legend.’
Posted by Guy Saville at 19:07