A year ago today THE AFRIKA REICH was published, which seems the perfect opportunity to take stock of the past 365 days. 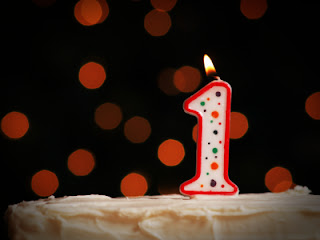 I suppose the first thing to say is that the book was more successful than I ever imagined it would be. Prior to publication, my publisher wisely managed my expectations... but I’m glad to say I exceeded them. Although not on the Sunday Times Bestsellers List (yet!), sales have been pretty decent with the book going into a second printing in hardback and fast approaching its fifth impression in paperback. I’ve already earned back my advance. Not bad for a novel which the majority of publishers in this country said had no commercial appeal!
Equally gratifying was the critical attention the book received. Many non-writers won’t realise how difficult it is to get reviews. My publicist said one or two would be a good showing. To date TAR has been reviewed in eighteen publications from The Times in to the Star in . The Economist and Express named it as one of their Best Books of 2011. I was particularly proud of this as it vindicated the conviction I had in the book when it was being rejected by everyone.
After its publication the book began to sell abroad. So far TAR has been acquired by six countries (two of which I’m still waiting to sign contracts with before going public), including a significant two-book deal in the . With the foreign deals – and a rarity for an unknown debut author – came foreign publicity tours: a combination of media appearances, more hard work than you’d imagine and a sprinkling of glamour. Last year I went to and ; next week I’m off to .
I don’t want to give the impression it’s all been fun and fireworks, however. It’s a time of great change in the publishing world and as always with change comes uncertainty and apprehension. No one quite knows what’s going to happen over the next few years: how the transition to ebooks will affect the industry or the potential damage on-line piracy can wreak. Books shops are also taking a hammering with Waterstones the only dedicated chain left and its prospects still in the balance. I’ve been directly affected by these issues.


I also feel that amidst this fretting about the technology of publishing, one question is often overlooked. Will people even continue to read? In a couple of generations from now, will the novel be as arcane as poetry? Sometimes, when I’m on a train for example, and see everybody plugged into ipods or texting madly but rarely reading (be that kindles or old-fashioned books) I do worry about my chosen vocation.
But today is not the occasion to dwell on this. It’s a time to focus on the positive. I’m often asked what aspect of getting published I’ve enjoyed the most. I have to say it’s not really seeing TAR in a book store or reviewed in a paper. It’s those unexpected moments of connecting with a reader I’ve never met, and this is best expressed in fan mail. So far I’ve had letters and emails from places as far flung as , , , ... even ! These have been more gratifying than anything else.
Which leads me on to the most important thing to say. Thanks to everyone who bought the book and has supported me these past 365 days. I really do appreciate it.
Now all that remains is to celebrate... and what better way than a bowl of mango and strawberry trifle!
Posted by Guy Saville at 19:12